contains samples of birds, frogs, tuk tuks, a taxidriver and the wonderful sea of thailand, done with a small analogue dictaphone in holiday.
beat by monk & canatella.
all other instruments performed by T-ACHE

i had a notepad and a pen
and i would write down anything when
something important happens.

and if my pad was full
no more space, that's quite uncool
i went down to the store and bought another one.

and there's a pad in my head
and when memory gets too bad
it is full and i tend to erase it.

but as information gets important
and the pile of pads grows bigger
the memory starts to overflow.

so i've got no place to store
and the pads grow more and more
and there are no pads in the store anymore.

i wonder what's it for,
the ingredients are very special:
glukose, E17, colour and light…

some may have a gun, but don't worry it's only a game…
which is the poorest country in the world, by the way?
and .. eh .. in the universe?

and who invented the strechable tweezers
for removing unwanted hair even out of deep nostrils?

and is a bit able to bite?
is the highway built for viewing? or moving?

or is in fact nobody moving
because the viewer's only got the illusion of moving?

or is the movement an illusion in itself
because the scene is changing so fast?

and you see yourself in a different context
everytime you take a glance? 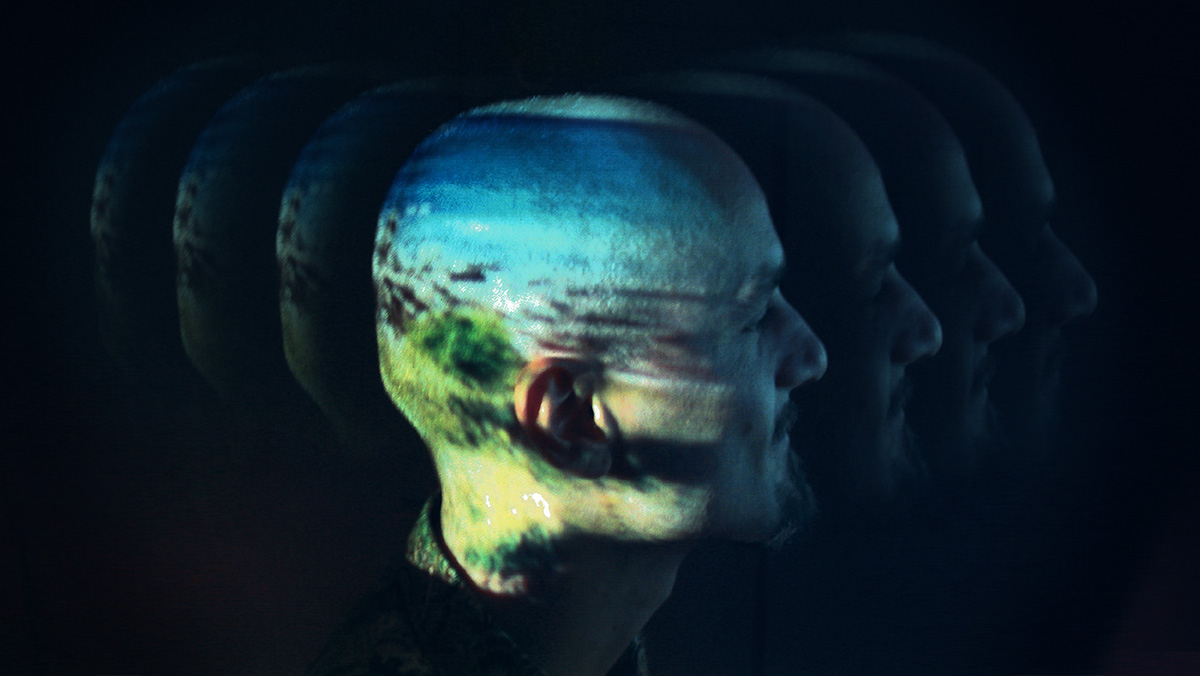 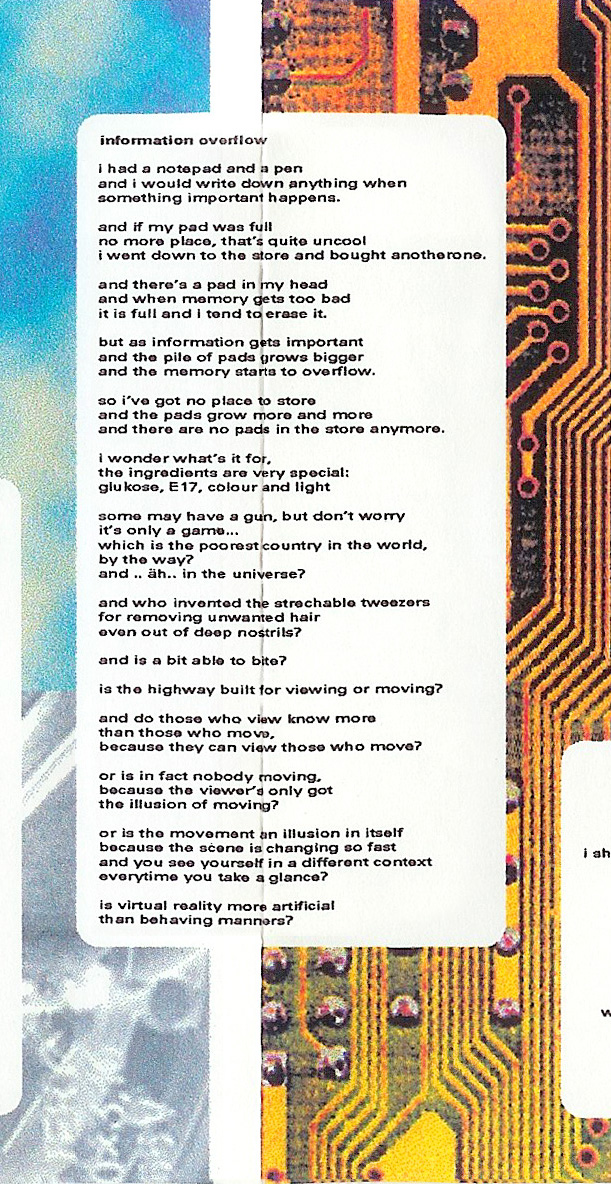