Before the golden 80ies, at the age of 9 or so T-ACHE got his first lessions in playing the violin. But that was considered inappropriate and so he got sacked from music-school. Something more rhythmical, like drums or maybe piano would be better, the violin teacher said. So at the age of 12 or so he got his first piano-lessions.
But classical music was still not his main interest. He liked to play boogie and didn't want to interpret other people's stuff. So he developed a strong tendency towards improvisation. With about 15 years he picked up a guitar and started playing rock music.

T-ACHE has performed in several bands during the 80ies. He played guitar and piano for Ten Sing, a church-oriented choir, for whom he also arranged a song, notation-wise.
There were other bands mostly of the improvisational kind but that's shrouded and lost in history... In later years he pursued a solo career recording his own songs in his home-recording-studio. There are numerous releases which he mainly put out in the then-dominant format audio-cassette. 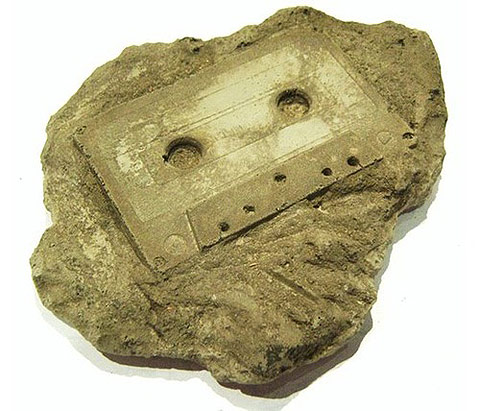 1990  —  when he was just 20 years old, he released his first demo-tape called FIRST EXERCISES. It contained 11 songs - 9 were originals and 2 were cover-versions. It was made with a fostex 4-track-tape-recorder and the technique of ping-pong-recording. With that technique he could record up to 12 voices on top of each other. But the sound-quality was understandably not too good. Here's an explanation on how it was done.

1991  —  he was able to buy a second-hand fostex 8-track-tape-machine M80, which improved the sound-quality of his demos and brought the chance to finally get rid of the ping-pong-hassle.

1992  —  he got asked to record and mix the demo CD for the punkrock-band IN DER TAT, which he did and with whom he performed some crazy theatrical concerts later in 1993/94, playing synthesizer. Here's some info on how it was done.

1993  —  a record company released one of his songs on a compilation-album called Switzerband '93.

1994  —  T-ACHE worked on the project Yans World by Role Wyss, a musician from Bern he knew from the military. Here's how it was done.

1995  —  he made a 30-minute-soundtrack for a video which was part of an art-installation and photo exhibition by the art-collective the Akuefers, happening in the Glatt shopping-centre in wallisellen.

1996  —  he was asked to do the soundtrack to the film RICARD by the aspiring director Oliver Rihs. Therefore T-ACHE dabbled in techno-music although his equipment was not specifically designed for that style. Here's a stills-foto-story from that movie, details from the plot and info on how the soundtrack was done.

1997  —  He continued writing and recording songs but was too busy in life to put out another demo-tape in due time. That's why he called his next release "retrospective 91-97" in the sub-title. The full title was GOD ON THE LADDER - RETROSPECTIVE 91-97. It contained 17 tracks - 14 songs and 3 instrumentals, all original material. Here's an explanation on how it was done.

After 1997, T-ACHE's interest shifted more towards travelling and exploring the world, which didn't seem to be that bad after all...
That was until 2002, when he had a life-changing accident which stopped him from making music altogether. 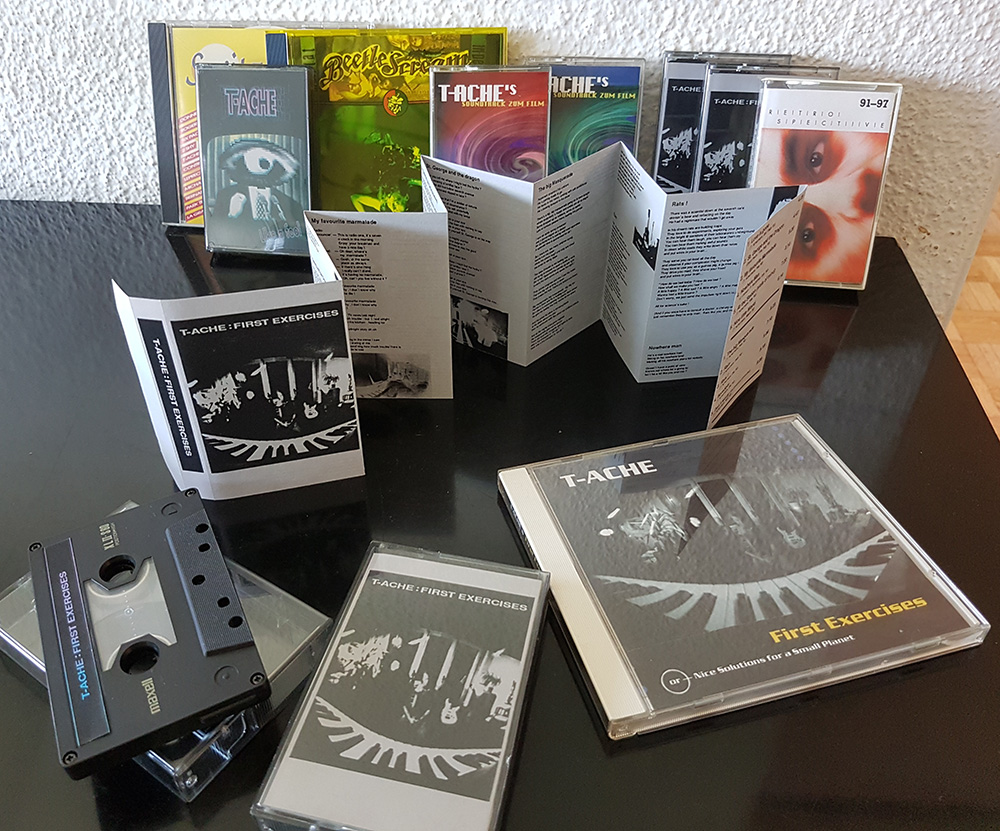 Some of the music T-ACHE has worked on during his 7-year-career.

Come 2014, T-ACHE is learning to build websites. So he tought it was a good exercise to put out all the songs on a page dedicated to his early work.
Also in 2014, he bought an iMac and the software Logic Pro. He has since released a 1-2-testpiece called Randomness.